‘The most dangerous situation’: Serbian journalists accused of links to organized crime

In March, when a reporter at Serbian investigative news site KRIK asked President Aleksandar Vučić at a press conference about the government’s alleged links to organized crime, governing party politicians and pro-government media outlets turned the claim back on KRIK. 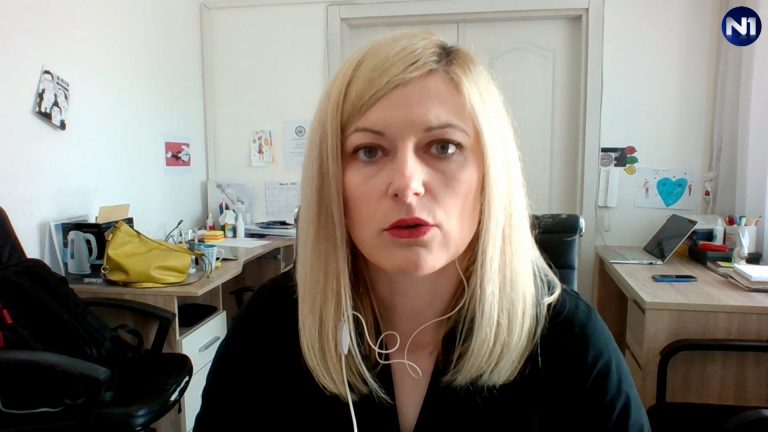 They accused the journalists of being part of a criminal network, which KRIK has forcefully denied, as CPJ documented.

The incident was par for the course for KRIK, which stands for the Crime and Corruption Reporting Network, a non-profit organization focused on improving investigative journalism in the country.

Journalists there told CPJ that in the six years since KRIK’s founding, the outlet has faced repeated similar accusations as well as lawsuits by politicians and officials who are the subject of their reporting.

In May, the director of the Security-Information Agency (BIA) sued KRIK for half a million dinars (US$5,073), claiming that the outlet caused him mental and physical pain by publishing, in a story, his name as it was mentioned in wiretapped conversations used as evidence in a criminal trial.

CPJ spoke via video call with editor-in-chief Stevan Dojčinović and his deputy, Bojana Jovanovic, about how KRIK defends its reputation and continues reporting amid the lawsuits and accusations. This interview has been edited for length and clarity.

CPJ emailed the press departments of the Serbian president and BIA but did not receive any replies.

How did the accusations in March that you are part of a crime network affect your work covering organized crime?

Dojčinović: This campaign was one of the worst we have ever faced. It was the first time we were personally targeted as reporters in tabloid media and the first time leading ruling party politicians openly stated that we are part of one of the most notorious crime groups in Serbia. For weeks, we had to stop all our ongoing investigations and deal with defending ourselves and explaining to the public that we are victims of a smear campaign.

“We have lived through several smear campaigns already but this one was clearly the worst.”— KRIK editor-in-chief Stevan Dojčinović

Jovanovic: The campaign was problematic on many levels. First of all, because the accusation was, of course, untrue and absurd but also because these statements by politicians put us in direct danger. By labeling us as journalists working for criminals, politicians and officials placed us in a middle of an ongoing war between rival crime gangs. It is the most dangerous situation we have ever been in since we started working six years ago. I am not sure that those who accused us even realize how much danger they created for us.

Stevan, your image was photoshopped to next to criminal gang leaders on the front pages of the most widely read tabloid newspapers in Serbia. What was this like for you?

Dojčinović: We have lived through several smear campaigns already but this one was clearly the worst. A human body is not designed to deal with such stress for a long time. This type of stress is like an enemy in terms of my ability to do journalistic work, especially when we do not see that our conditions will change for the better any time soon.

Jovanovic: We have always known that we do a dangerous job here in Serbia and there are very serious risks involved for us in investigating organized crime and exposing its links to politicians. But this was the first time that we were working in such atmosphere, that we were really afraid that someone could attack us in the street. We were also scared this time that our families, partners, or parents could be affected.

Is it possible to be prepared for such an attack, and what can do you do to defend yourself?

Jovanovic: We have of course our security proceedings, we are always careful outside or even in the office in how we communicate. We always assume that our communications are wiretapped and after this campaign we had to increase our security measures. These measures will remain in place. The most serious consequence is that the effects of the smear campaign cannot be undone. Some people really believe that we are associated with criminals.

Dojčinović: We have different types of support including mental health support. It is important to note that solidarity — both within Serbia and from the international community – helped stop the attacks and was also helpful on a personal level.

You have also faced legal threats. How many lawsuits are you facing and are these SLAPP-type lawsuits (strategic lawsuits against public participation) aimed at restricting critical reporting?

Jovanovic: We have five ongoing lawsuits and some others already announced but not yet started and their goal is mostly to obstruct our work or make our work impossible. There are periods when for whole weeks we cannot continue our investigations because we have to meet our lawyers and put together documentation for the trials.

Dojčinović: Serbian politicians and high-ranking officials often sue us [for libel and damages] and if we lose these cases, we can manage financially. Our main concern, however, is when powerful oligarchs and companies we report on sue us for millions of euros in damages. Also, when politicians sue us, the public is on our side, but when we have to fight oligarchs and companies, usually we have to fight alone [as the public is less aware of these cases].

What do you predict in the future in terms of lawsuits and smear campaigns?

Jovanovic: Whenever we publish something important, we come under attack, especially as we often report on organized crime and its connections to politicians and officials in Serbia and we are investigating their properties and how they acquired them. I do not think our situation will get ever easier.

Dojčinović: March was tough for us, now it is quieter. The smear campaign stopped, in part because the very strong international reaction to it. But the attacks always come in waves and they are related to what we publish. We are working on other big stories so I am sure these attacks will be renewed. In Serbia, for an investigative journalist, it has always been a rollercoaster.