Désir: Journalists have to be protected and shouldn’t be pressured in any way

Harlem Désir, a current OSCE Representative on Freedom of the Media, speaks for Cenzolovka about frequent attacks on journalists and about OSCE’s work on improving the media situation in Serbia 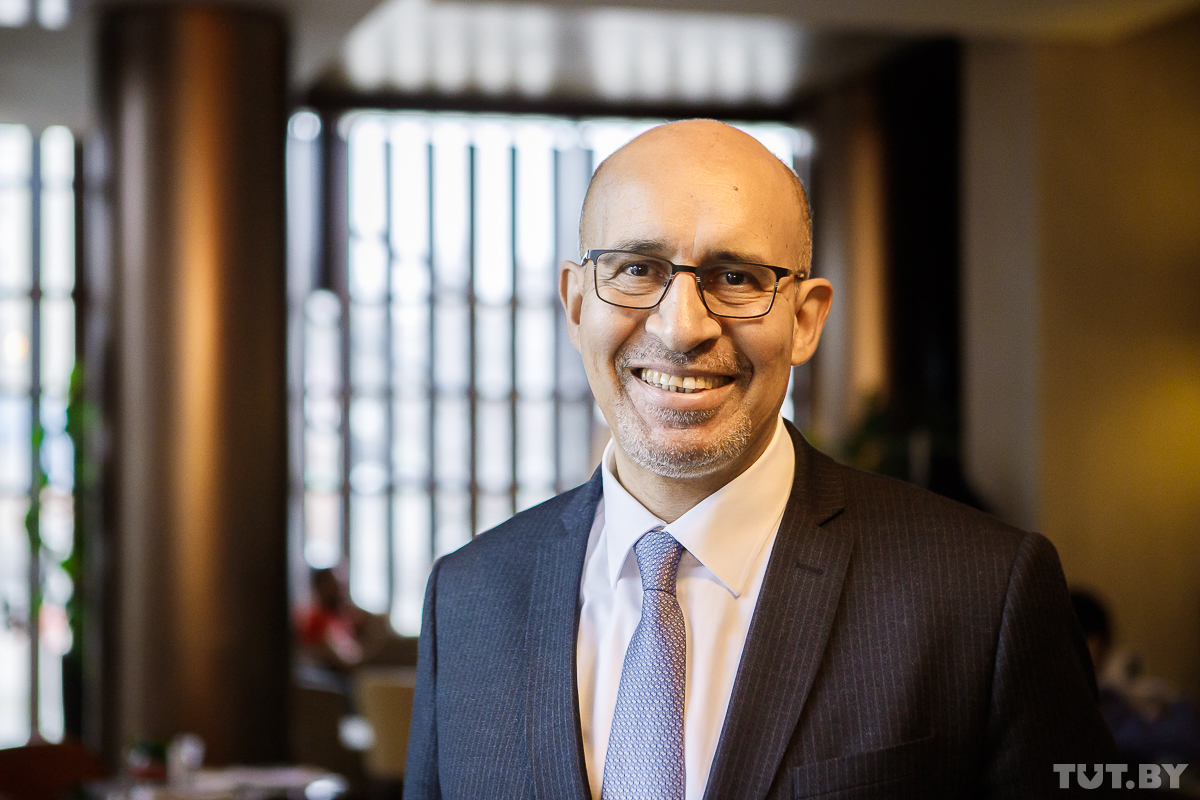 Harlem Désir, a current OSCE Representative on Freedom of the Media, is a French politician and a prominent member of the Socialist Party of France, and a past member of the European Parliament. He grew up in Paris, where, in the early 1980s he was one of the founders of „SOS Racisme, “an organization that fought racism, anti-Semitism and other types of discrimination.

Désir studied at the Pantheon-Sorbonne University, where he earned a license in philosophy. He holds several international prizes and awards.

Désir is the fourth OSCE Representative on Freedom of the Media, holding this position now for almost two full years. Last year he was in Belgrade commemorating Slavko Curuvija’s killing. Judging by his public statements and comments, he is well versed in the state of journalism in the region.

When it comes to Serbia, his office pays close attention to the future of the country’s media strategy, and actively participates in the Permanent workgroup on the security for journalists making it some of the topics that we have discussed in the first detailed interview that Representative Désir gave to an outlet in the region.

If similar severe attacks against journalists are not properly addressed and punished, we risk facing even worse cases since this behavior will be considered as acceptable.

Cenzolovka: TV N1 journalists were targeted by a Facebook page, including publishing personal information of its director Jugoslav Ćosić. Journalist Nedim Sejdinovic was labeled by the same source as a “Serbs hater.” Via SMS texts, Beta Agency was told that their premises would be burned to the ground, and a comment left on the blog of journalist Dinko Gruhonjić read “You will be executed on the street by a Serb who loves his people.” This all happened in a single week. Would you say that this is a reason for concern and a call to action?

Désir: Threats against journalists are always unacceptable and definitely for me a reason for concern.  As I have emphasized in my last public statement, the N1 news channel in Serbia, its journalists, and Programme Director Jugoslav Ćosić have many times been targets of different threats and pressures related to their work. Moreover, journalists Nedim Sejdinović, Dinko Gruhonjić and Dragan Janjić of the Beta News Agency were also victims of threats on a number of occasions in the past. It is important that the relevant authorities conduct an official investigation into all these cases, bring the perpetrators to justice and adequately protect journalists who need to be free to do their job without facing any kind of pressure.

Cenzolovka: The house of a journalist Milan Jovanovic was burned to the ground last December while he and his wife were inside sleeping. The investigation revealed that behind the attack was a local politician and that one of the accomplices was a police officer. This incredible connection had a chilling effect on journalists with some of them saying that they feel helpless and stranded. Is there something that OSCE can do to help in situations like this?

Désir: This was a brutal attack with significant material and physical consequences for Jovanović and his family. It is totally unacceptable that a local politician in coordination with a police officer is suspected of ordering the attack I welcomed the fact that the investigation was carried out in a swift and effective way so that all perpetrators and masterminds have been identified and must be prosecuted. This grave attack shows that there should be no tolerance for those who threaten journalists as this can lead to dramatic consequences. As you rightly recall the journalist was in the house with his family. My Office will continue providing assistance to the authorities and media stakeholders on improving the media freedom situation and the safety of journalists, as its key pillar. Additionally, we will continue reminding the public officials of their positive obligation to create an environment favorable to media freedom, which is a backbone of every democratic system.

Cenzolovka: According to NUNS’ database, since the beginning of 2019, 33 attacks on journalists have been recorded. The numbers are likely higher, given the fact that journalists working in smaller towns rarely report assaults in fear of retaliation. Both you and your predecessor Dunja Mijatovic have expressed concerns to Serbian government regarding the media situation. Are you happy with the results? If you are not, is there anything more that OSCE can do?

It is very important that all threats and attacks are duly reported to the police, as this gives us additional grounds to follow up and track the investigation process.

Cenzolovka: While perpetrators of assaults on social media are often identified, not many are processed, and some are getting seemingly symbolic sentencing. For instance,  “Journalists of Juzne vesti should all be burned down” was dismissed as it was viewed by the court as “expressing an opinion.” A person who admitted in the court to sending threatening messages to journalist Tatjana Vojtehovski by saying, among other things, that she and her daughter “Will be raped until they die,” received suspended sentence only. Does court decisions like these seem fair to you?

Désir: Such threats are extremely dangerous, and sentences must be strong and deterrent. While fully respecting the role of the independent judiciary, it is important to note that, if similar severe attacks against journalists are not properly addressed and punished, we risk facing even worse cases since this behavior will be considered as acceptable.

Cenzolovka: Number one request of six media association that took part in the Team for Dialog with the Serbian government was for the Government members to stop with insulting and attacking journalists. Still, people close to authorities continuously call out, insult, discriminate against, and on other ways verbally attack journalists. What will be your advice to the Serbian government in this particular matter?

Désir: It is very important that any kind of attack or violation of journalists’ rights is condemned at the highest level. High-level condemnations send a message to the public and serve to prevent future incidents. All attacks against media professionals need to be swiftly and transparently investigated, with perpetrators and masterminds brought to justice.

This is also essential for creating trust between the authorities and members of the media community, which is clearly lacking in Serbia today.

Journalists need to be free to do their job without facing any kind of pressure.

Cenzolovka: One of the activities of your office is providing legal expertise on proposed media legislation. There is a strong feeling in the media community that the good set of media laws will still be useless if it is not supported by the independent judiciary. What is your take on the likelihood of the media strategy that is currently in the works yielding positive results?

Désir: The new Media Strategy document is of crucial importance and will influence the media environment in Serbia for years to come. For that reason, it is of utmost importance that this strategy is finalized in the most open and inclusive manner possible, together with all the relevant stakeholders. This is, however, only the first step in achieving positive and successful results. After being adopted, the most important part will be its proper implementation, something that has been lacking in the past. The strategy itself carries a huge potential to change things for the better, but this will mostly depend on its full implementation. I discussed the Media Strategy at the beginning of the process with president Vučić and Prime Minister Brnabić especially to ensure inclusiveness. I have also been following it closely since then with the OSCE Mission to Serbia and Ambassador Orizio. The OSCE plays an important part in this process. Monitoring as well as assisting in future implementation will be one of our key priorities in this field.

Cenzolovka: Lack of funds and pressures are some of the reasons for the perishing of local media. Investigative portal Krik has recently launched a database Kesformisanje showing that the state-subtilized grants which are often “lifeline” for local media are mostly awarded to the outlets close to authorities. In addition, the same research shows that the biggest sums of public money are awarded to the tabloids with the highest number published fake news.

Désir: Any media content funding system needs to be fully transparent, to avoid any kind of political allocation of funds to certain media based solely on their affiliation or connection. Rules and public procurement procedures must be respected and tailored in a way that supports quality media and media pluralism.

Cenzolovka: We are witnessing that the investigative outlets worldwide are losing the popularity race with tabloids that often manufacture fake news, as well as with social media that enables spreading of fake news. Do you think that this phenomenon can be stopped? Also, is there a role for the governments?

Désir: The phenomenon of “Fake news” is a big problem and a challenge to professional journalism around the globe. All media stakeholders have a significant role in ensuring that reliable information is reaching ordinary citizens. In addition, governments should, among other things, create a free, independent and diverse media environment; should not adopt legal bans on “fake news”; should take measures to promote media and digital literacy; and provide adequate legal remedies for the dissemination of false information which harms reputation.